Over the weekend in Hastings last week, as well as the descendant hordes of motorbikes arriving on full throttle to celebrate an age-old tradition of visiting the seaside for the May bank holiday; a well known local custom took place to mark the start of spring and celebrate 1st May - Jack in the Green. For centuries various groups of people have celebrated this important part of the calendar, the changing of the seasons. In the 16th and 17th Centuries in England, people would make garlands and leaves for the May Day celebrations, becoming increasingly elaborate until in the late 18th Century, it became a matter of competition. Two of the main rivals were the milkmaids from London who carried garlands on their heads with silver objects in them and the chimney sweeps. The sweeps' garlands were so big it covered the entire man. It became know as Jack in the Green but sadly gradually declined at the turn of the 20th Century. The Victorians had decided these drunken boisterous pagan celebrations weren't ideal and altered them greatly.

Thankfully, local groups in Hastings decided in 1983 that this was nonsense and the Mad Jacks Morris Dancers revived the annual tradition. It is now a well-loved weekend long celebration of the Jack in the Green, with plenty of musical events, drinking and dancing, and a procession on the Sunday morning.

Thanks to the Hastings Traditional Jack in the Green for the information and for putting on a good, inclusive event every year. Here are a few of my shots from this year, all taken whilst sober enough to hold the camera straight! 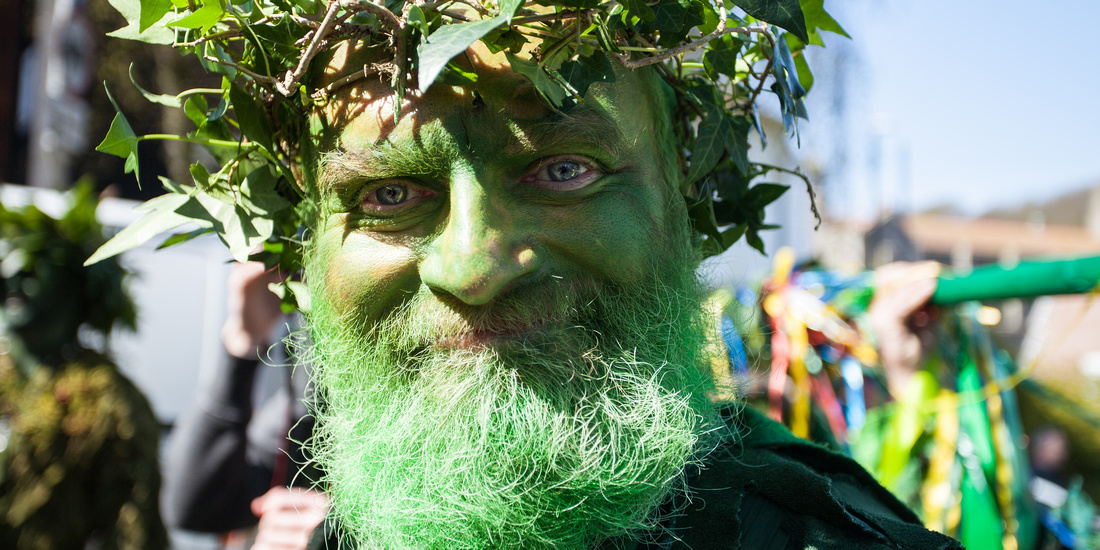 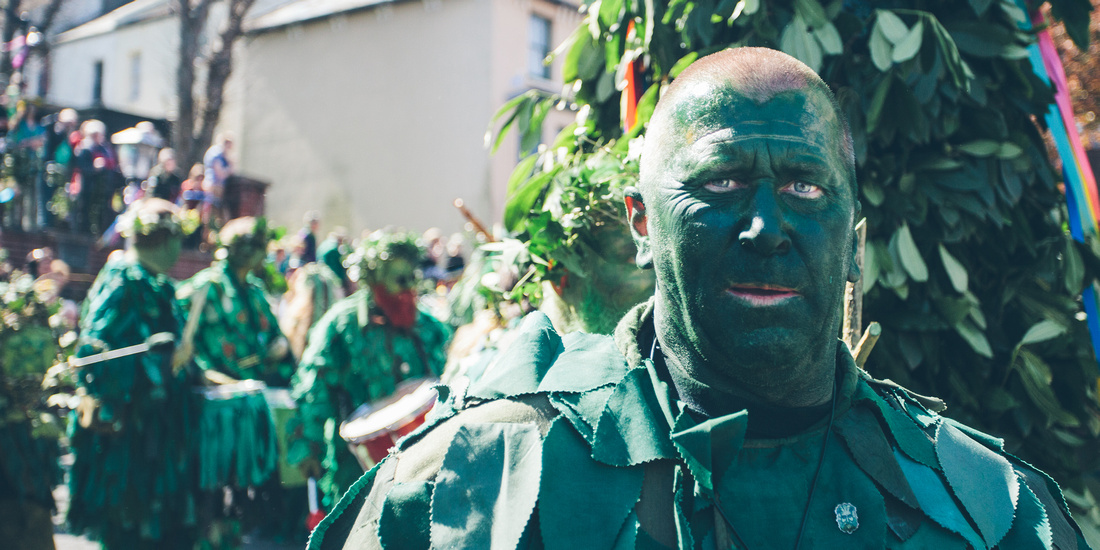 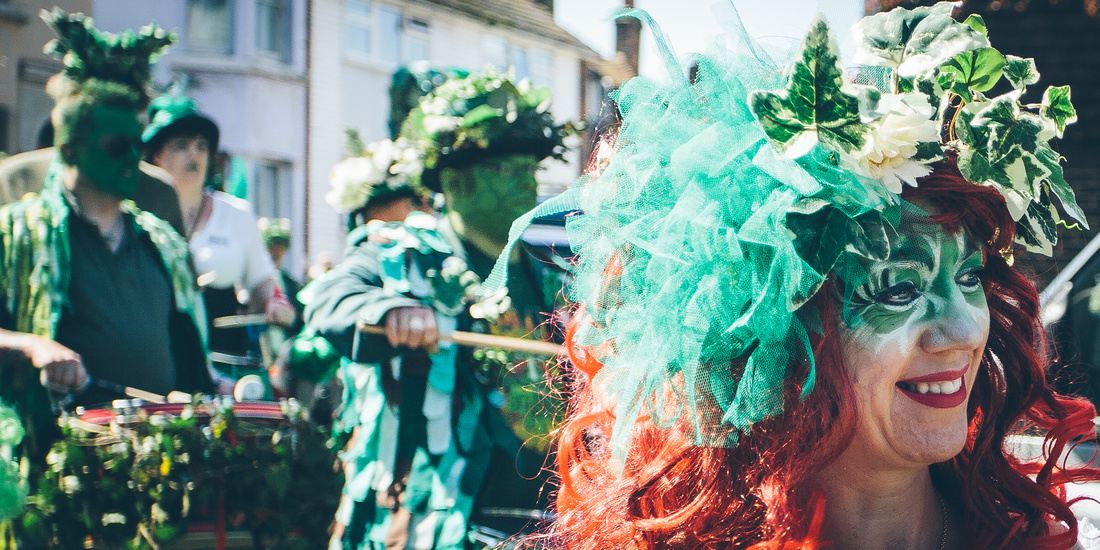 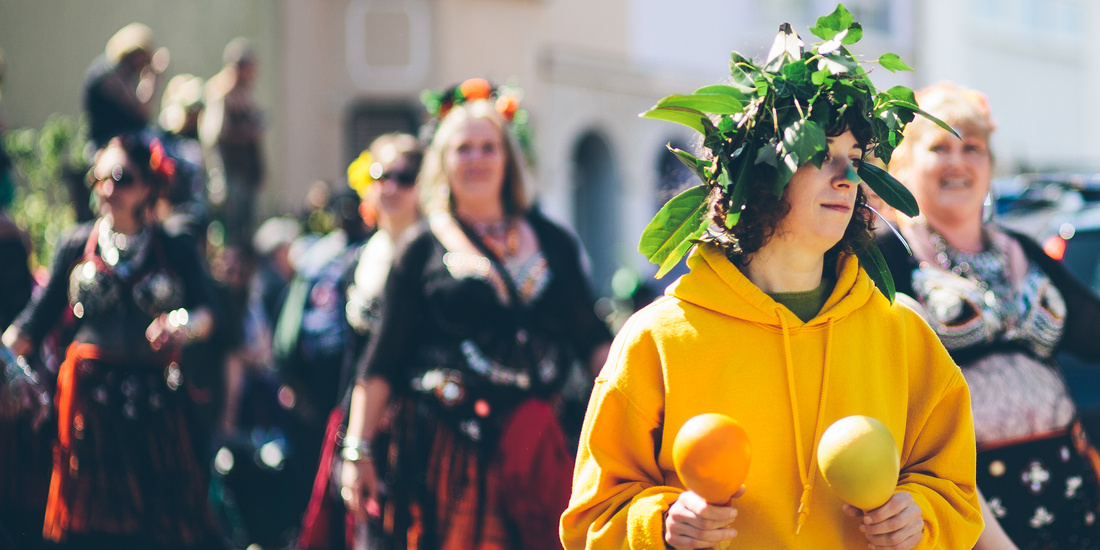 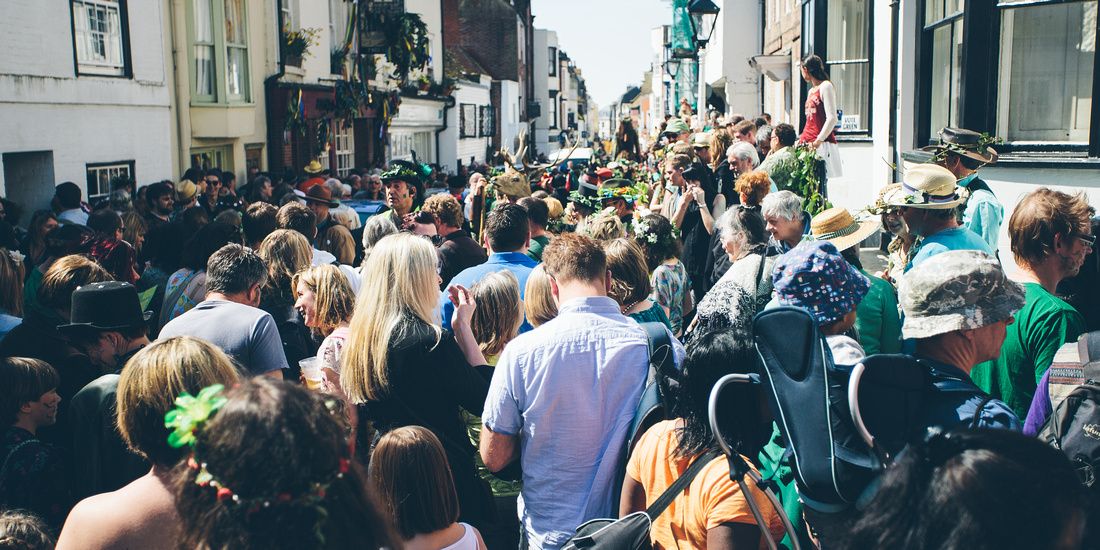 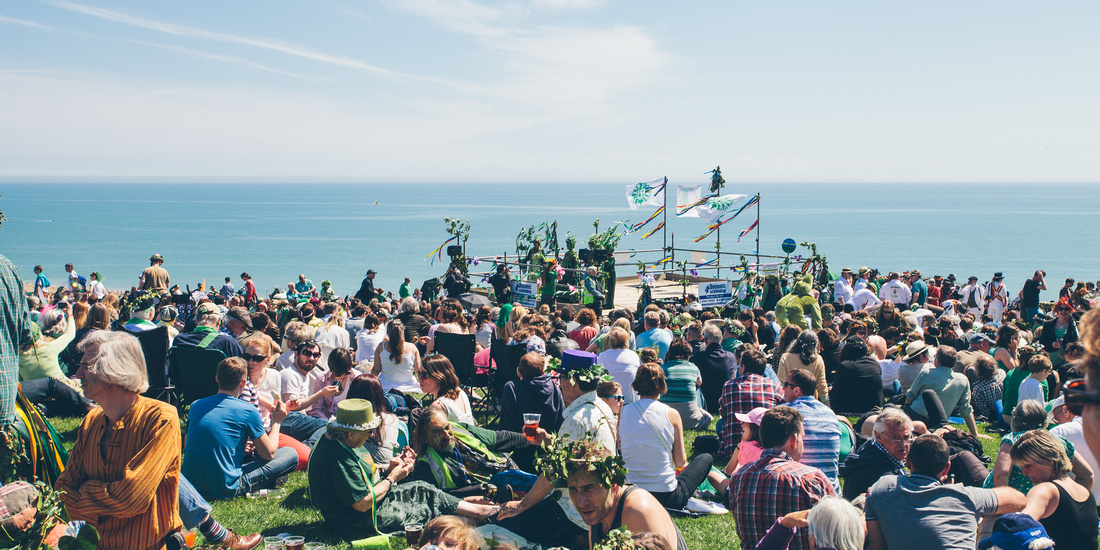 Keywords: Jack in the Green